24 May 2019, FBMK - Theatre director and head of the theatre programme at Universiti Teknologi Mara, Dr. Norzizi Zulkifli gave a talk on her theatre production of “Mak Yong Titis Sakti”, which is an adaptation of Shakespeare’s comedy “A Midsummer Nights Dream.” In her talk, Dr. Norzizi shared with the audience the process of adapting the Shakespearean comedy into a local Mak Yong play, a traditional form of dance-drama from Kelantan, Malaysia. Despite the differences in terms of the two art forms’ dramatic and narrative structures, Dr. Norzizi stated that the Bard’s English comedy and Mak Yong have a lot more in common than most people think. 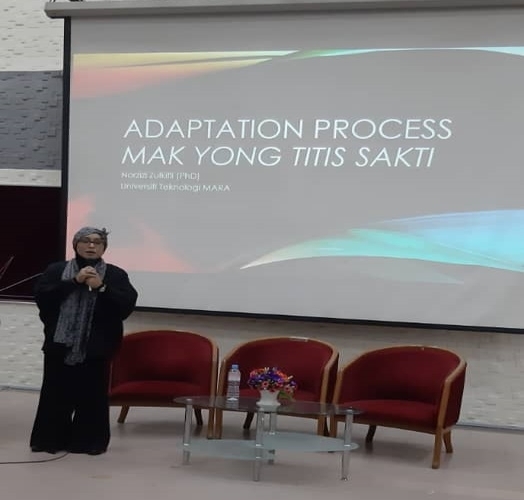 “Shakespeare deals with stories about royalty and uses supernatural characters (like Puck and Oberon), and so does Mak Yong” Dr. Norzizi said.

Titis Sakti was first staged in 2009 and was restaged in 2018 as part of The Actor’s Studio’s 30th anniversary celebration. The play is the only Malaysian work included in the Asian Shakespeare Intercultural Archive and continues to receive critical scholarly attention. 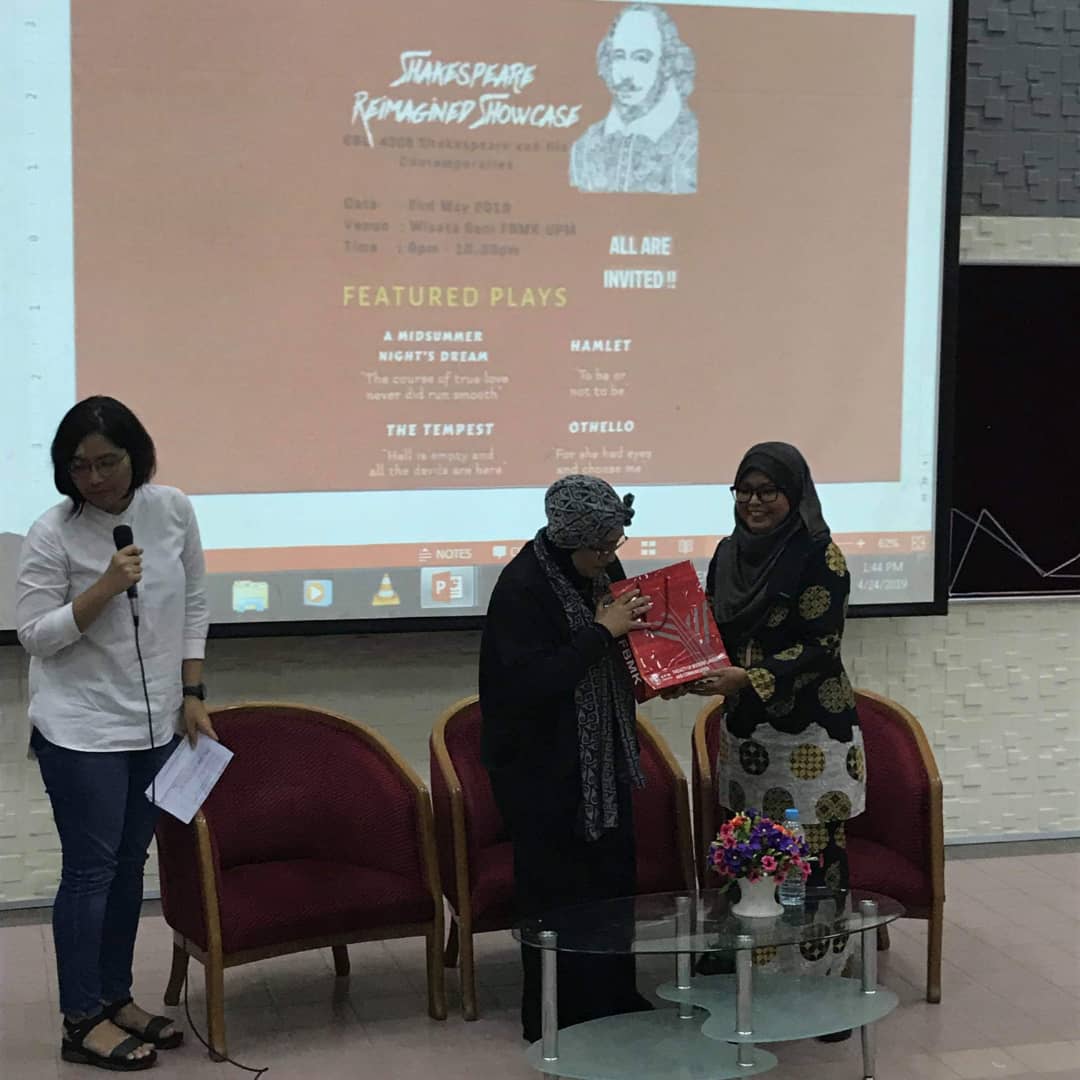 * This talk was organised by Associate Prof. Dr. Arbaayah Ali Termizi as  part of her Putra Research Grant. It was organised under the course BBL4308 (Shakespeare and his Contemporaries) and was open to public.